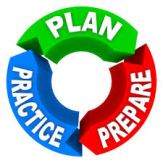 There were 13 check-ins including 2 non-members.

Members of the ACT Team meet Tuesdays at 20:00 hours (8PM) on the K2BNL 70cm Repeater System located in Upton, Suffolk County NY. (442.400 +5 114.8 PL) ALL Licensed Amateurs are welcome and encouraged to check into our informal nets. The ACT Team Is open to all suggestions and comments!
Thanks For Visiting Our Team's Site. For more information: Email The Team